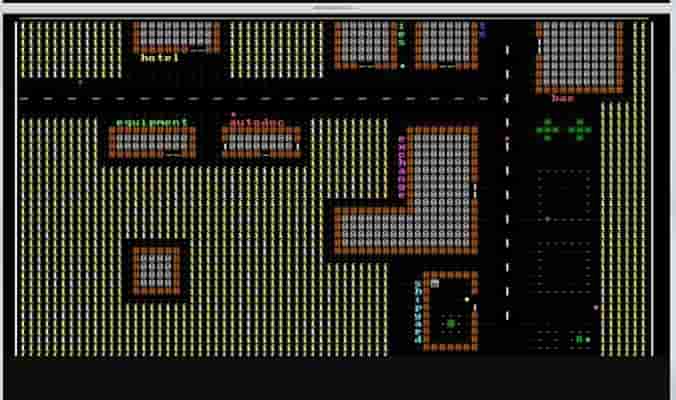 A decade back terminal-based games were quite popular when you did not have visual masterpieces such as Red Dead Redemption 2, Spiderman, and God of War, or Grand Theft Auto 5. Most were played on DOS or hacker-like screens.

The Linux platform carries its own share of good games but keeps in mind that these are not always the “latest and the greatest”, there are ASCII games to which we can never say no to or turn our back. Most of the collection below can also be played online or in the browser depending on your setup.

Please remember: Installing such games is time-consuming and you may encounter some games which require building from source.

Some games may require you to install “Simple DirectMedia Layer” if you have not already installed it.

For this, type in the following commands:

Do you hate games with strategies? Fret not, this is a game that comes with space-setting and lets the user explore a lot.

It is a combination of both action and exploration. Though it is not the best combat experience it is fun. You would be excited to see a variety of missions, quests, and bases. In this, you shall encounter a leveling system that needs to be earned through money or trade to update the spaceship.

The best thing about this one is you can create your very own quests or play others.

READ ALSO: How To Install and Play League of Legends on Ubuntu and Mint.

This is quite an interesting game full of strategies. At first, you might find it to be a bit confusing but once you have your hands over it you will fall in love. We suggest that you have a look at the game rules on their homepage before launching.

In this, you shall be building infrastructure, secure resources, and direct army to fight. All you have to do is place the flag in a good position to let the army take care of the rest. It is not only about attacking as you might need to manage as well as secure resources to help win.

Recommended:  Parrot OS vs Kali Linux vs Ubuntu Comparison: Which To Choose?

If you never played such a game before, then you be a bit patient and spend time learning it to experience it to it best potential.

You shall find this in the official repository. For this type the following command to install: 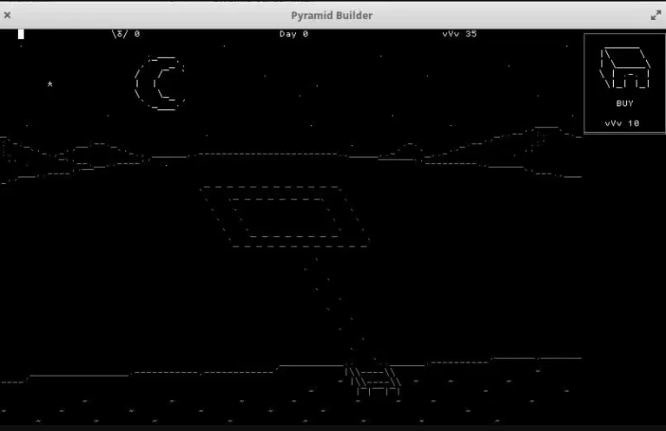 This is an innovative take just like the ASCII game where you get a chance to improve civilization by helping build pyramids.

In this, you need to direct the workers to farm, unload cargos and move big stones to build pyramids successfully.

This is a good game to get for playing.

If you know about the classic game “Doom” then this one would be a scaled-like experience just rogue-like. An ASCII-based game.

Indeed a small game with many gameplay hours to have fun. 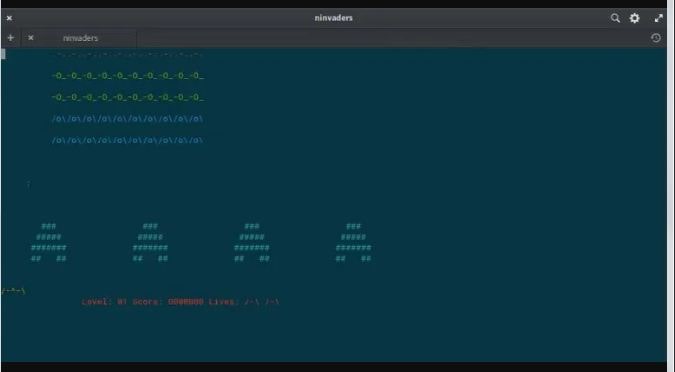 This is the best one as it is very simple and an arcade game to kill time.

In this you need to defend against many invaders, just finish in time before they get you. Though it sounds simple but is quite a challenging game.

You shall find this in the official repository, to install type the following command:

You must have heard about Blizzard’s Diablo 1 if you are an avid gamer. This without any doubt is a good game.

In this you need to get to play a unique rendition of the game, this is more of a turn-based rogue type game. You get to select from a variety of classes such as sorcerer, warrior, or rogue. Each class results in a different experience of gameplay with different stats. 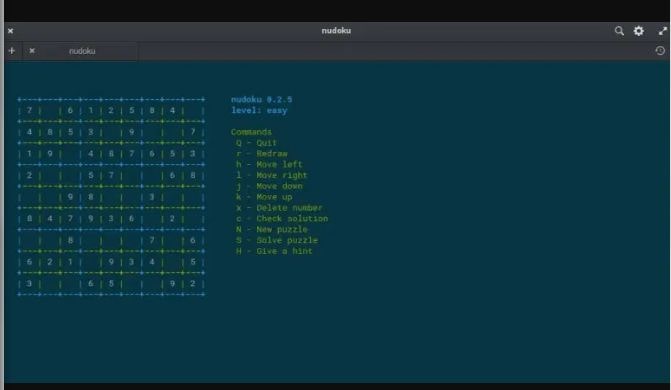 If you are a Sudoku fan then you are going to love this, it is just like a clone for it. This is the best game to kill time.

It has 3 different levels:

I wish to have a challenge with the PC then hard difficulty shall be perfect. Go for the easy option if you only want to chill. 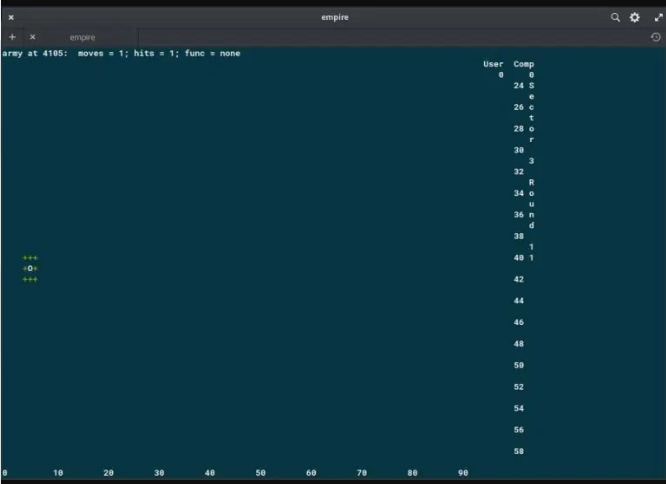 This is yet another real-time game filled with strategies but for this, you need to have an active internet connection. If you are a fan of real-time strategy games then this one is for you. To play it, make sure to check their guide as it can be very challenging to learn it.

Recommended:  How to Enable VLC Dark Mode in Linux, Windows and Android

The rectangle carries land, cities, and water, in this, you need to expand your city with ships, army, planes, and many other resources. As you expand you shall be able to get hold of other cities by destroying them before they destroy you.

This is a very simple game in which you need to slide along a variety of tracks, while jumping, changing position, and moving to cover maximum distance.

It is quite amazing to see how this looks (visually) even with a simple interface. Begin with training mode and then go to the world cup. Moreover, you get to select from competitors and hills on which you want to begin the game.

A game filled with dungeons and dragons which is seemed to be the best out there. If you know about ASCII games for Linux then get this.

It features different levels (around 45) and carries weapons, potions, scrolls, gems, and rings. You can also select permadeath as your mode to play it,

The game is not only about killing it’s about exploring too,

This is yet another simple game that shall keep you hooked. In this, you have a helicopter that lowers down every cycle and needs to throw bombs to destroy all the blocks under. It also puts in some humor for messages which it displays when you destroy a block. It is a lot of fun.

This is present in the official repository. 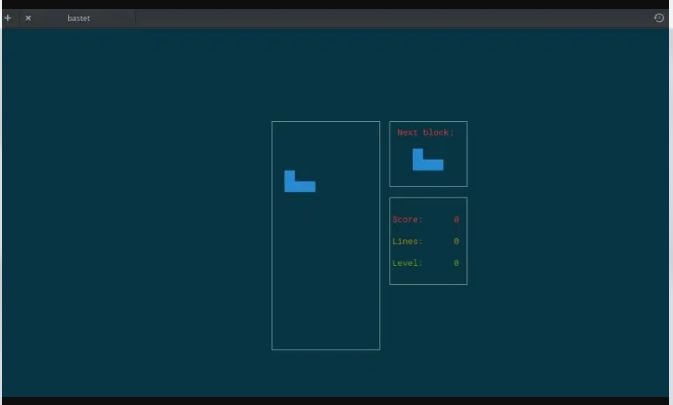 This is a fun clone of the Tetris game. Keep in mind this is not another ordinary Tetris game but shall present you with the worst bricks to play with. So, have fun.

Conclusion: Which ASCII Game was your favorite?

We all have a hidden gaming fan inside of us. It was the golden era and the start of what games have become today. This post brings you the top-line ASCII games like NetHack and ASCII Sector. Most of these bring the 90s vibe and are also online along with not requiring to be run in the browser. Do let us know which ones you played in your childhood and any other additions you would like us to add above.

How To Unblur Course Hero Documents and Answers Free In 2021

How To Enable TPM 2.0 in BIOS For Windows 11 Installation