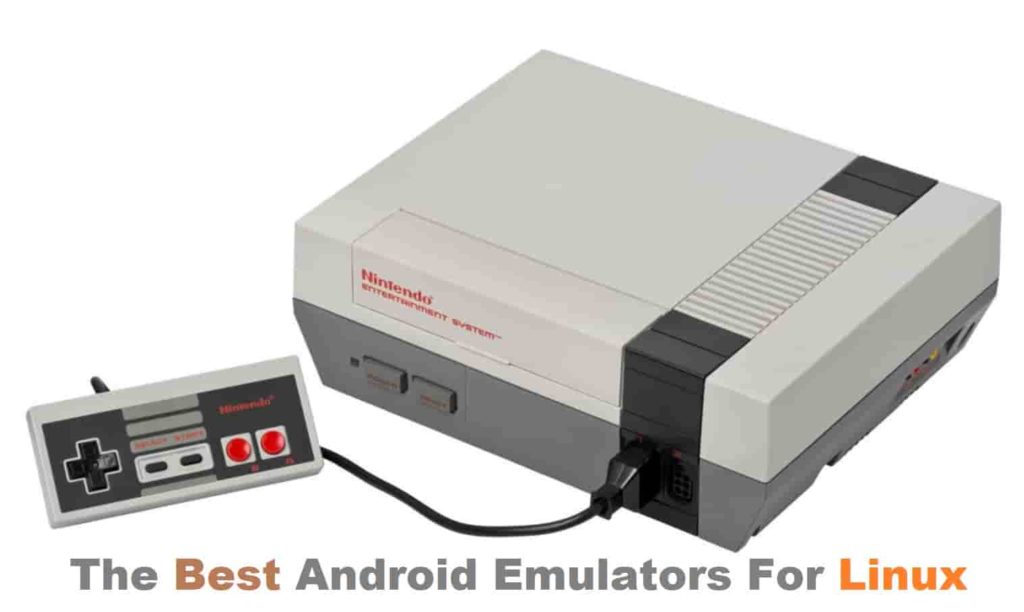 Ever since smartphones have made an entry into our lives they have had a lot of influence on our socio-cultural movements. As a user of Linux who is able to run phone apps right in your system means a lot to many. Android, which is the de-facto mobile OS, used by many people around the world also leverages its eco-system to achieve all objectives. This list has the 5 best Android emulators for Linux 2021 that are free to download Oh, and they are open-source too.

Now, if you do not know what an emulator is then don’t need to worry at all, these are pieces of computer apps that let users run their most favourite apps or even games directly from their Linux system. follow through to know about the best ones that can be used to run Playstore apps.

These run as a sandbox software where they are able to simulate the internal hierarchy of your regular phone device. Due to resource constraints, many are not able to run most of the trending games or apps smoothly on their phone.

In such cases, emulators come in hand as with this users are able to run such resource-consuming applications in their systems, which usually carry more than enough resources for such situations.

Genymotion – Emulation in the cloud 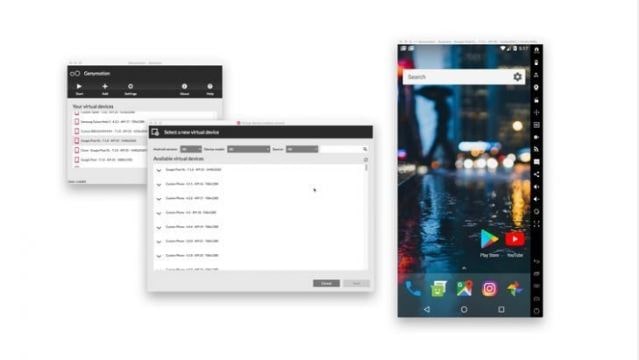 If you are searching for the best option then this one should be a top priority. This lets all the users run android virtual devices not only on the desktop but also on the cloud.

The desktop version provides different services that you are looking for in a top-notch emulator. This one makes sure that its users are getting what they want by providing them with the option of 3000+ virtual device configurations.

It does not matter actually which kind of device you wish to emulate, you can easily find out pre-configured images of various versions and devices images without any hardship. Users can allocate resources such as:

Moreover, it lets users test how their application reacts to changes in different levels of battery quite intuitively.

READ: How to Copy Bulk Files in Linux from the terminal. 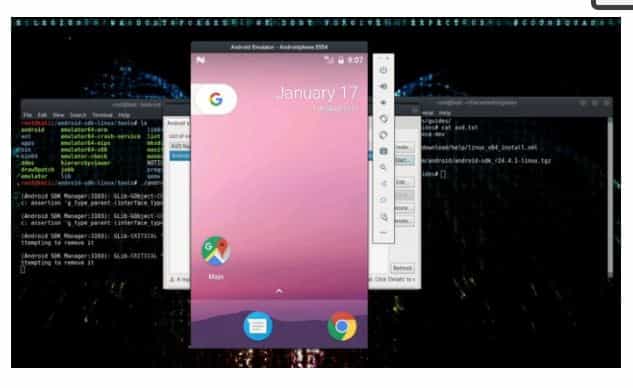 This one is also from the developers at Genymotion. This is an awe-inspiring one that packs much power into a single package. It is deemed to be the best one for Linux. Offline connectivity is where this triumphs Genymotion. When a user runs his android games or application inside it then it is mandatory to have a stable internet connection whereas this one lets you run apps without needing any sort of network connectivity.

Being the parent project of the previous one described above it carries many similar functions like:

What makes this one stand out from its counterpart is the offline operating mode. 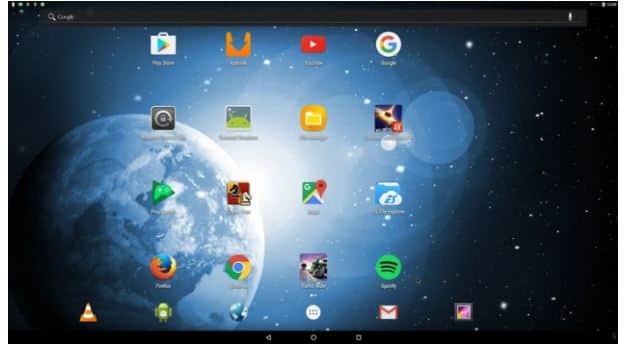 This is the one on the list with which you can run android emulation into your system directly. The main objective behind this was to deliver a top-notch emulator for Linux which shall take the eco-system out of its traditional ARM chips that are used in phone devices and run efficiently in both AMD andx86 based hardware.

This is a powerful one that lives up to its prognosis we say this as it has succeeded in running abundant resource-intensive applications without any lags.

This is seemed to be one of the best source projects; it enables users to open-source fanatics to modify emulators. Moreover in this just like a VM, users can deploy apps and play with them as they like without the need for network connectivity.

Though this one requires installing and configuring the virtual box called sandbox for running it, the ISO image which is downloaded for free lets you create your very own live android distro very easily. 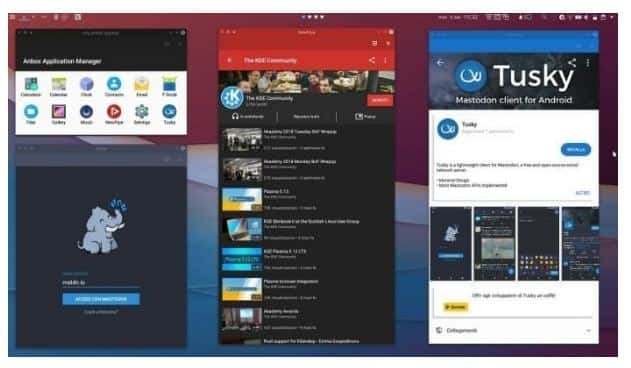 Now this one was designed and developed with the purpose to play with applications in your Linux system directly. This is one of the modern emulators to be present on the list. It has been enjoying a cult following since it entered the world of emulation.

It carries the motto; enable each developer to run their favorite apps in their Linux system regardless of any differing distros. This one is made especially for you if you are looking for something that lets you play even the most resource-intensive games natively.

Recommended:  How To Create Bootable Windows 10 USB with WoeUSB (Linux)

This one is used to place the core android operating system into a containerized platform while abstracting low-level hardware accesses so that the user does not have to worry about performance metrics. Now this one is able to integrate core system services of android into your existing OS, allowing for a more accessible and optimized emulation. This shall perform just like native software no matter what app you install into your system. 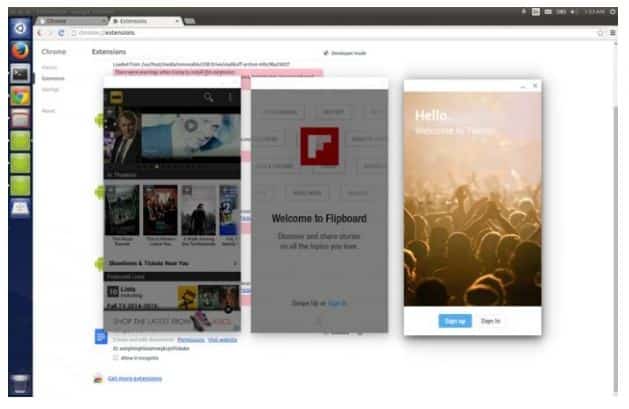 This is an unusual one on the list that shall leave you awe-struck. This is seemed to be a unique one by our judgment. This one does not work like a virtual machine and not like any other that you install in your system. In spite, it is used to utilize the chrome browser’s powerful runtime and also hitches the emulation compounds directly into it. So, you can run this one effectively in each system no matter what version of Kernel you are running or what Linux build you are using.

The best thing about this one is that it supports quite an impressive number of games and apps, while supports for more mainstream apps are in the process. You just need to install its runtime in the chrome browser and type in “chrome://apps” there on the address bar and hit “enter”.

After this you would need to configure settings as per need and requirement, you can then start trying out some real fun. Users can even repackage their own applications for chrome to use through this by utilizing some powerful NodeJS modules.

If you are more of a geek and nerd like me and love to play old retro-style games or run apps using emulators, then I am sure this post of the 5 best Android emulators for Linux was an interesting read for you! Do let me know if you have any alternatives in mind, my personal favorite is Genymotion.

5 Cheap and Great Gaming Monitors for League of Legends 2021

How To Properly Disable or Enable Android WebView (2021 Fix)

5 Cheap and Great Gaming Monitors for League of Legends 2021

We write extensive reviews that are based on rigorous testing and provide downloads for software such as Monitor Off Utility, Sensible File Renamer, and Sensible Note Taker. Our work has been featured in CNET, Softpedia, Microsoft, and more. DekiSoft is your go-to source for all things Software and Technology. We gather new tools and utilities for Windows and recommend them for various use cases for the average and non-technical users.
© 2021 DekiSoft.com - All Logos and Trademarks belong to their respective owners.
We use cookies to ensure that we give you the best experience on our website. If you continue to use this site we will assume that you are happy with it.
Cookie SettingsAccept All
Manage consent