Have you been reading about the reasons to switch to Linux and the benefits of using it and have finally decided to give it a good try then it is good?

After reading all the comments and reviews on the internet regarding which version is best for beginners, and having installed it then let us tell you that you have made a wise decision.

You have many different options; you can either install it alongside Windows or can replace it totally.

At this point, if you are wondering about which distro or flavor to choose and how you should install it. Did we say Ubuntu? Huh… If you are surprised then it means you need to learn about this before installing it to know which Ubuntu is the best version for your needs.

Quick fact: Ubuntu.com ranks #394 in the world’s top 1000 sites according to Moz and #2279 on Alexa. That is very impressive for a Distro and puts the name out there even louder!

The reason behind different types of Ubuntu Versions

There are few which you might have heard about like Kubuntu, Xubuntu, Lubuntu, etc. These are not nicknames that users have given to their systems. Let us tell you the reason behind such different names.

There are different versions that are categorized according to their certain purpose or the desktop environment they use.

Now, when it comes to Linux, the user has the freedom to select your “desktop environment”. Now you might wonder what this is. It is a bundle of components that provide common GUI elements like icons, toolbars, wallpapers, and other desktop widgets. Most of these have their own set of integrated apps as well as utilities so that the users get a uniform feel while using the Operating System.

This actually changes the look as well as the feel of the OS that you use, and at times programs as well.

Are you still confused? Well, let us give you a rather loose analogy. This is like wearing clothes; if you dress like a hippie then you shall come across as like this. If you have similar hair, then there shall be a uniform feel of being one.

Now, what is the advantage to use one desktop environment over the other? In the last analog with clothes, if you wear jeans which are skinny, you may look smart but you cannot run fast. There are compromises, you see.

Some of these focus on the use of graphics, but then for this, you need to have a better hardware configuration. On the other side, some of these run better with a system with low configuration but might not look that good.

In the world of Desktop Linux, such variants are referred to as “flavors”. These are as followed:

We have mentioned these as official flavors which are endorsed by Canonical, which is its parent company. Interesting thing is that they release a new version at the same time as the main Ubuntu releases. Moreover, they follow the same development cycle as well as the release cycle.

Now you may have a question, “As these are official flavors, does this mean that there are other Ubuntu variants as well?”

Yes, but keep in mind that these are not linked with Canonical. These are actually created by hobbyist users who wish to use this but is not supported officially by this.

Unlike users of windows and macOS, these users have the advantage to use their system at will and try out new things. Users can install different environments on your system, which are in parallel with the already installed default desktop.

Like if you are using Ubuntu GNOME then you can try and install MATE on in and switch between the two environments at your will.

Expert users, for a hobby out of curiosity, bring others to this and then other enthusiast users try them out in which no coding is required. Ubuntu is cinnamon is quite a good option here.

Now if any desktop environment can be installed this way then why would there be a new flavour?

At times, they conflict with each other and the user ends up with a few missing icons, duplicate programs or not that much polished-looking system.

Now, for this reason, dedicated flavors are released so that users get a good experience with their selected choice out of the box without the need to install it separately.

Which Ubuntu Should I Choose? (Answered)

It depends upon the needs. let us first list features and reasons for each and then you can decide which is good. 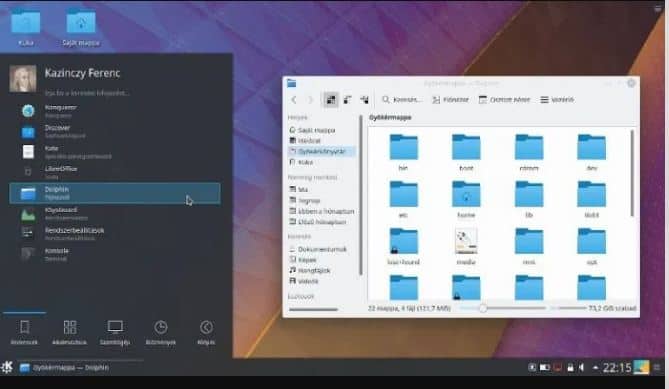 This is a KDU version, the KDE plasma environment is known for its point-and-click option. It is modern and sleek looking. It carries many tweaks like widgets, screenshots and many others around the desktop. If you love to customize it then this is the best choice.

The best thing is that it can run fine on any kind of hardware configuration not too vintage though. If the system has more than 2 GB of RAM then you shall be fine with it. Considering that it has improved much over the years and is the most lightweight environment on the list, it should perform well.

Ubuntu vs Ubuntu Default vs GNOME – Which one?

This one carries a unique user experience. It has its main focus on its team. You shall find much support on the forums and many resources online via blog posts as well as videos. To put the long-short it has more support and available resources.

Do keep in mind that it needs above-average hardware in order to function. It’s resource-hungry. Thus if your system has less than 4 GB of RAM then we do not recommend this. 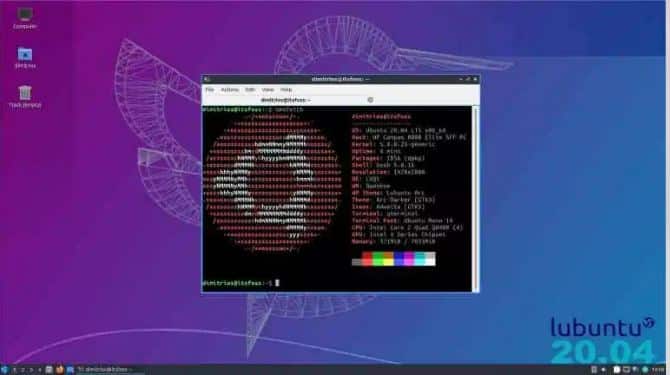 This one also caters to the needs of lower-end systems just like Xubuntu. The best thing about this one is that it uses LXQt with the recent release in spite of LXDE on the older versions. This is lightweight and power-efficient. You shall have a similar feel if you are coming from Windows XP.

This is among the lightest of all. Now, even if you have a system that has less than 1 GB of RAM then it is capable enough to handle it. It is able to handle power efficiently so the system does not overheat that often.

With this LXQt on board, you shall get a modern look, If not the best while being able to run on a system with fewer resources.

ALSO TRY: Ultimate Tutorial to learn how to Move and Copy Data in Linux.

Recommended:  The 5 Best Linux Smartphones of 2023 - Linux on the Go

It uses Xfce desktop environment. This is an old one that provides its users with basic desktop customization options. It may not be good looking as others but is quite light on the system resources.

Now even if you carry a system with 1 GB of RAM then this works fine. Though you may miss the look and feel of a modern desktop it works to give its best. 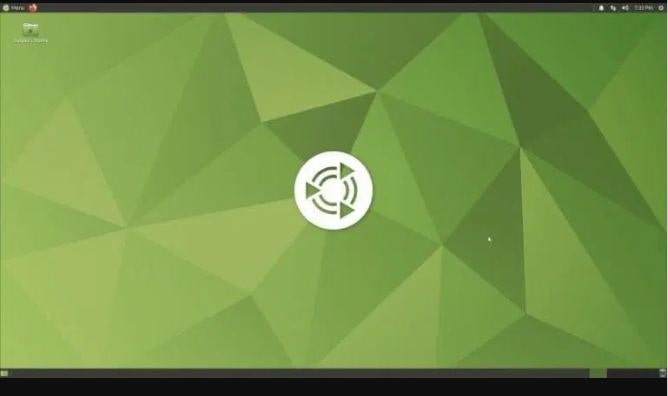 This is another one on the list which uses the MATE environment which is actually forked from GNOME 2. Unlike its version 3, this one has a more traditional approach. Many users did not like the new interface in version 3 which resulted in the birth of this.

Now, if you have a lower hardware configuration and you like things in a traditional style then you shall enjoy a lot. 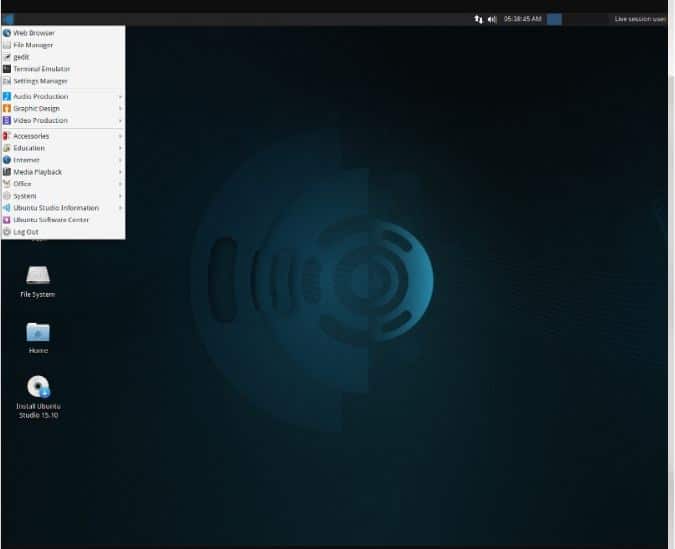 This one is not a different flavor but rather an older version. This one used to be the default interface till the year 2016. Then by 2017, it dropped it as the default desktop in favor of GNOME. Though this has been discontinued still it was a good one that required a decent hardware configuration.

Unless and until you need to use version 16.04 for particular reasons, we would advise you to stick to the latest version 20.04 LTS.

This one is especially for Chinese users and is designed to provide support for the Chinese language and some other things which are suited for these users.

This one is the latest official flavor. This is developed by Solus Linux. In a short time, it has gained a lot of popularity due to its modern yet elegant look.

It provides users with a macOS-like notification area as well as a GNOME-like side launcher. It carries an overall pleasing user interface. If you are looking for a modern-looking desktop then this one is for you.

This one uses the Xfce desktop environment. The best thing about this one is that it comes pre-installed with audio as well as video tools. This variant caters to the needs of audio, video and the creators of the graphic.

Now, if you are in the creative field then this could be of a lot of interest.

You may have this question regarding which one you need to get.

For the latest release, you shall find only 64-bit support. If you need to other than you need to look for older releases.

We suggest that you first identify which system you have, and then you can use the trick in windows to find it out if you do not carry Linux Distro.

If you have installed Linux then you need to type the following commands in the terminal to find out:

Conclusion: Which is best for you?

I hope you now have your answer! However, in summary, it all depends on your needs e.g. You can either install 32-Bit or 64-Bit Ubuntu depending on what best suits your needs. I personally would go for the latest release as it comes with various goodies.

So, what was your decision in the end? I am very eager to know so let me know below in the comments.