In recent times lookout researchers have discovered a surveillance campaign that targeted the people of Syria and it is believed that the state was responsible for this. Since 2018 the campaign has been active with the aim to infect Android mobiles with RATs and also a spy on people who are in possession of such devices. We included the latest version of SpyNote download that comes in a full package including v6, v7 and v8 to choose from.

All the victims got tricked into downloading and then installing mobile apps which in reality were spyware. Through different communication channels, the apps were shared but keep in mind that these were never available on the official Google Play Store. Certain apps such as Telegram, COVID-19 contact tracking apps, or even benign tools such as a fake digital thermometer and many other impersonated android in-built tools made an attempt to masquerade as legitimate ones. Common factor was all these carried an additional function; allowing the adversary to sneak peek on all who have installed them.

This is a kind of malware that is able to control the system via a remote network connection. This gets installed without the knowledge of the victim often as a payload of a Trojan horse program and shall make sure to hide its operation from the victim, security software as well as other anti-virus software.

This enables the operators to perform certain activities on a compromised device like having control on the camera of the device, storage access, intercepting calls and SMS. Now, this is all done through the easy use of an app hosted on a command and control server.

RECOMMENDED: 10 Best Windows RAT Software that are free and safe.

What is SpyNote used for 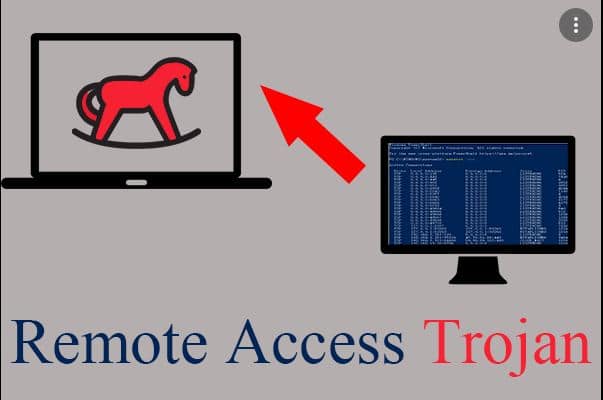 The Ukraine incident back in 2015 tells us all about the nefarious nature of RAT. It was used to cut power to 80 thousand users by remotely accessing a PC authenticated into SCADA machines which controlled the country’s utility infrastructure. Like this, they had access to city resources and the biggest danger is infrastructure.

A remote-control system enables an administrator to remotely have control on a device.

ALTERNATIVE: Download DarkComet RAT and learn how to use it with our tutorial.

How Does SpyNote Operate (Full Features) 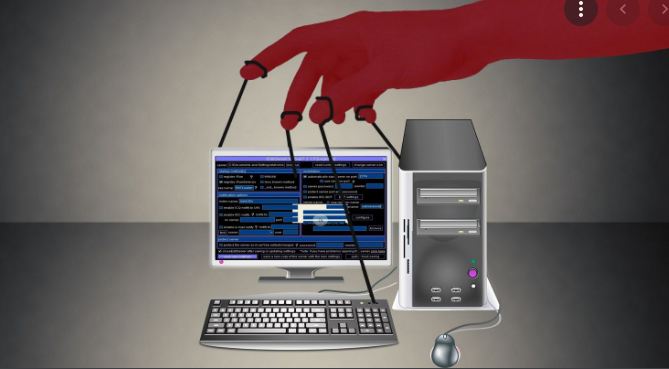 To see how this works users can have access to a device at home or at work. These are hidden to avoid any kind of detection.

These are packed with malware that helps attackers achieve their respective goals these come with keyloggers that run in the background to collect user keystrokes, get credentials, financial data and intellectual property.

An attacker needs to convince a user to get RAT either by downloading software from the web or getting executable from a certain email attachment. These can make entry into your system when we allow the macro to run on our device, these download RAT malware and install it silently. After this the theft has control over the desktop, movement of the mouse, click of the mouse, camera, keyboard action and other configured peripherals.

These emails are at risk and can be used to send malicious messages to other victims using authenticated email accounts on the device under control. Like this thefts easily trick recipients into getting the malware or running the malicious attachment.

How To Detect and Remove SpyNote 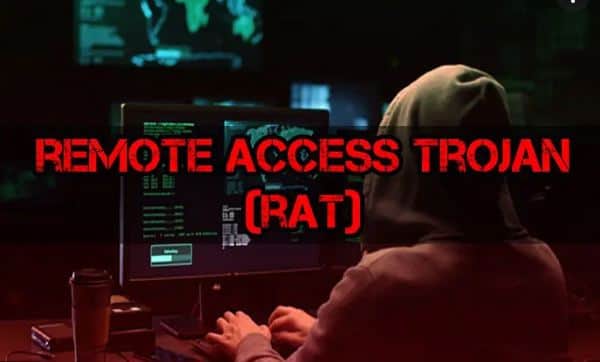 We need to remove any malware which gets installed on our device. When an attacker has long-term access to a system gives the user more time to get additional malware, get data in large amounts, transfer important files to third parties and collect credentials.

As these authors avoid showing themselves up in the task manager make sure to go and have a look at all apps and processes running.

Now, for many processes, we can identify any suspicious content but writers name processes make sure they look official. If you find anything make sure to look online and see if it is a RAT or other kind of malware.

If not then there is one that is hidden, use anti-malware to detect most of these. Keep in mind that any zero-day malware remains invisible till we update our anti-malware software so make sure to keep these updated.

Make sure to have anti-malware running on your system as these are able to block RATs from getting installed and loaded in memory. If you have one, remove them from the system successfully.

When you remove the net connection from the system then it disables access to the system by an attacker. As the device has no net connection, you can use such programs to remove it from local storage and memory. Unless and until you have monitoring configured on your system you shall be unaware of which files and data get transferred. Make sure to change passcodes, especially financial accounts once you have removed malware from your system.

Disclaimer: This is provided here strictly for educational and informational purposes only. Please do not use it for any purposes that are not ethical or may cause damage to anyone or any business.

ALSO TRY: What is NanoCore RAT and where to download it.

SpyNote is a very stealth remote administration tool that was released some time ago but didn’t gain much popularity. It is a direct alternative to AndroRAT Binder which is very similar in terms of features. This is why we bring you SpyNote full version download for all old and new versions as you require.