As you already know Kali is an open-source, Debian-based Linux distribution that was previously known as BackTrack. It aims for advanced penetration testing and security auditing. If you have forgotten your root password and want to reset Kali Linux password this is the best tutorial. You can also decide to go back to default settings and see what the default “root” credentials are.

This is a multi-platform solution that is accessible and freely available to professionals and hobbyists. It was released back in 2013 as a complete rebuilt of BackTrack Linux, adhering to completely Debian development standards.

It carries many tools which are targeted towards different information security tasks like:

About Kali Linux and what it offers 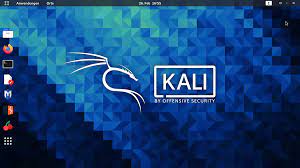 After having a review of each tool included in BackTrack, many tools were eliminated that either did not work or which duplicated other tools which provided the same or similar functions. Details can be seen Kali tools website.

It comes in free and will always be.

It comes with open source development as their commitment and development tree is there for all to see. Source code is available for all who want to tweak or rebuild packages to suit their certain needs.

It adheres to Filesystem Hierarchy Standard which allows users to locate binaries, support files, libraries and much more quite easily.

As ARM-based single-board systems such as BeagleBone Black and Raspberry Pi are becoming prevalent and inexpensive, it was known that it would need to ne as robust as it could be managed, with fully working installation for both these systems. It is available on a wide range of ARM devices as carries ARM repositories integrated with mainline distribution so that tools for ARM are updated in conjunction with the rest of the distribution.

Recommended:  How To Fix Instagram Reels Not Working 2022 (iPhone/Android)

All adventurous users can customize it to their liking all the way down to the kernel. You can also change the look by installing beautiful themes.

Penetration tools are though written in English we made sure that they included multi-lingual support. This allowed more users to operate in their native language and find tools that they need for the job.

Each package in this is signed by every individual developer who built and committed it, and repositories signed the packages as well.

Its team is made of a small group of individuals who are trusted to commit packages and interact with repositories, all of which is done by using different security protocols.

A regular sticking point with Linux distributions is supported for wireless interfaces. It has been built to support as many wireless devices as it can thus allowing it to run on a wide variety of hardware properly and making it compatible with many USB and wireless devices.

It is used for pen testing as mentioned above; pen testing is a method where people check their very own structures and their own architectures with the purpose to find vulnerabilities. It is seemed to be a good option for security thefts.

It requires a minimum of 20 GB of storage for installation and working. It is a heavyweight operating system that requires 1GB of RAM. It uses different tools which need graphical hardware acceleration using the latest GPUs. 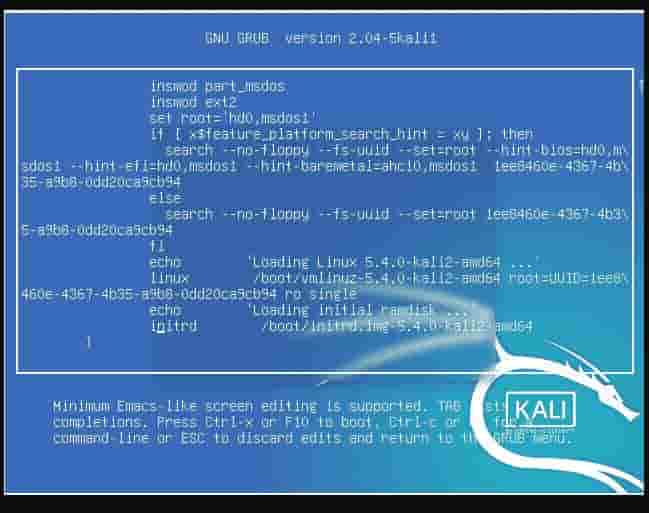 If you have forgotten your password and it states “incorrect try again” then you need to simply restart it.

For your information, the default credentials on a new install are as follows:

After reboot when you get to the menu, be sure to press up or down arrow keys to cancel the timeout in order to prevent the system from going into default mode.

To change the existing passcode type the following command: 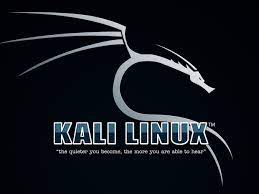 Once the system has been reset, all set in the system shall be the same as before when you installed it the very first time, after resetting OS, only setting shall be reset and no files or any tiles or the software shall be deleted.

For you need to log into the root user and then enter some commands so that OS can be reset.

Use the following commands before resetting:

To reset you need to type in some comments which shall be shown in the section of the command. After putting this, wait so that the settings are reset.

After the outing in this comment, your OS shall be the same as before but any kind of tool will not be deleted. Once the reset is done, you can decorate it even better and customize it accordingly.

Related Read: Which is the most Stable Distro (As per Recommendations).

I hope this helped you to reset the Kali Linux password so that you can get back access to your distro. The tutorial above should work also on a virtualized Kali Linux installation on Windows 10 along with helping you to reset it to default factory settings.