This theme includes 35 pictures that serve high-quality wallpapers and a colour scheme change make up it’s Windows 7. Windows 8, 8.2 and Windows 10 gamer theme pack download. It will ultimately suit you if you are someone who owns an MSI, Asus ROG or even an Alienware laptop and are a hardcore gamer.

What you need to know about this theme pack

These are some of the best video game series of all time. They feature good artwork for every game franchise from all genres. From classics such as Super Mario and Sonic, RPG’s like Fallout and Mass Effect, FPS action such as Battlefield and Call of Duty, Stealth action such as Metal Gear and Splinter cell to different games for system and consoles. All this for the ultimate gamer in you.

What you get with it:

It carries different HD wallpapers which act as a slideshow which changes in every 30 minutes along with the windows colour scheme change. The wallpapers are of 1920 into 1080 resolution or even more and fit both 4:3 and 16:9 aspect ratios.

Why is this Skin Pack based around Games?

We have a lot of game lovers if we look at our society people are crazy over them. Gaming is bigger than ever. The gaming industry is much bigger than both cinema and music. Today, with the advent of mobile gaming many people play more. Its appeal, however, is still a mystery for many people.

Many of us played when we were young whereas some of us never picked one in our life. What is its landscape and why so many people are into it?

18 million people play in the UK according to the GameTrack (Q4 2016) this equates to around 38% of all in the 6 to 64 age bracket. Players are imagined as adolescent males most of the time but stats show that this demographic makes only 16% of the audience. Moreover, 43% are female players in the UK and the audience is split fairly across the age groups.

This diversification is seen mainly due to mobile gaming. Previously they were tied to bespoke hardware by now are easily accessible through tablets and games. This has opened them up to different people and secured a huge place in the market with big hitters like Candy Crush Saga and Pokemon GO.

Now one thing that might interest you is that everyone who plays on mobile would not consider themselves as “gamers”. In reality, this shift has created a divide among casual gamers (mobile) and self-proclaimed “real gamers” who play on systems and consoles.

Though the audience is diversifying, the industry is dominated by male developers and caters to the presumed heterosexual male audience often. This, unfortunately, leads to over-sexualized female characters to play as. All these queries were called into question the 2014’s “Gamergate Controversy” and all thanks to all the developers who have made efforts for a long time to provide diverse experiences and options for their users. 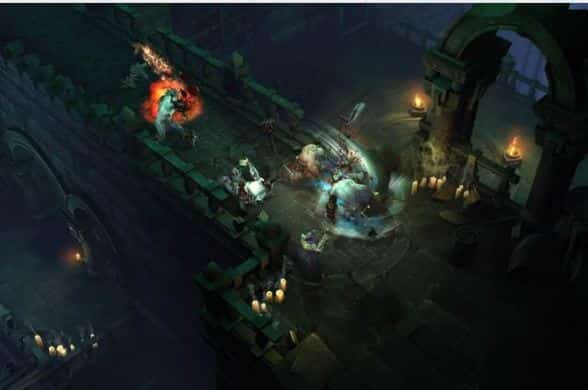 The game consoles are dedicated machines that are intended for home use. If you have played an Atari, Sega Megadrive, Nintendo 64, or SNES then this is the kind we are talking about. The biggest players in the console market are Microsoft, Sony and Nintendo, it current models are Xbox One, PlayStation 4 and Nintendo switch.

Moreover, you also have Nintendo’s 3DS along with Sony’s PlayStation Vita; these are referred to as HandHelds commonly and are miniature game consoles that are designed to be played on the go.

Systems and laptops are used by gamers just like consoles and are built specially to optimize the graphics and performance of games. Games on the system or MAC are played by using the game or publisher-specific software or at times via an internet browser.

If you have a tablet or a smartphone then there are chances that it is capable of playing games. These can be purchased through online stores like any other kind of application and downloaded into the device all ready to be played. 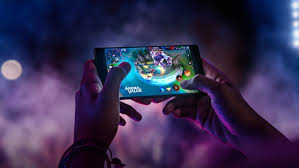 Now, along with the rise of mobile gaming, a lot of growth has been seen in online gaming. A fact, not all games can be played online but current consoles are capable of this. The same goes for mobile phones and systems. Online means that you have to play against other players across the internet.

Certain games will have a “friend” system; in this users can play against others who have added them like on Facebook. Other games group you with other players around the world- at times randomly and at times based on skill level or preferences.

READ ALSO: A collection of new Desktop Widgets for Windows 10 to download. 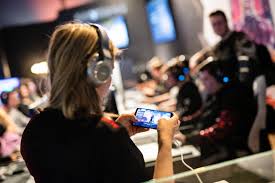 The popular game genres are shifting constantly and also differ across which platform they are being played on. Check out the following list of current popular genres with some examples:

Without a second doubt, this is one of the most desired Windows 10 themes available. I hope you enjoy downloading this gaming theme for your PC as it has MSI and Asus ROG touches to it.