Etcher or actively named as balenaEtcher with which you can create a bootable USB flash drive easily. It is open-source! USB drives are the go-to portable hardware device in today’s era because of their portability and storage sizes. It is very easy to copy and paste regular files onto them but if you won’t have a portable OS on it which is ready to boot, then you need to do something which is more than just a simple copy and paste. Here is where Etcher free download will help you flash OS images with ease.

It was developed by Balena.io and originally called resin.io, an IoT company (abbreviated as the Internet of Things which means that household stuff like appliances, cars and others are connected to one another through the internet). This is convenient, simple, fast and modern-looking software.

The main reason was to flash their homemade Linux distribution, balenaOS onto a portable device but as it has been branched out it is now able to create a bootable USB or SB case of any OS. This is based on Electron which is an open-source software framework whose source code can be found on GitHub. This imaging tool is under the Apache License 2.0.

How To Install Etcher on Windows 10, Linux or Mac 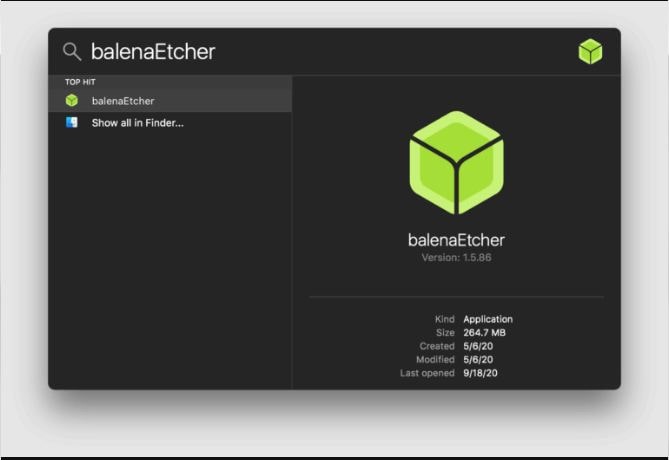 For Linux, the process is a bit different because of the command-line nature of the OS. Depending on the type of distribution used, you need to use the correct command to it from the OS repository and then use the command to install it.

You need to keep in mind that when you download it on a Linux operating system then you need to install some sort of authentication software, as it has its very own built-in “run as administrator” option like windows do; the name of the software is Polkit. Some of its distributions need downloading a program that allows execution of GTK dialogue boxes; a good example is Zenity which comes in-built with some more popular distros repositories like Debian, Ubuntu and Linux Mint.

It also has a Raspberry Pi version which is installed much in the same way as on any other distro with its own command lines. You can also use a command-line string in order to create a shortcut, so you do not need to open the terminal when you wish to launch it but it is only a quality of life extra.

It is deemed to be one of the best in its niche, probably the best Linux USB tools and SB cards writers in the market as some of the others are not available on it. This too is quite a good Windows USB writer as well but has more competition in that specific category. All thanks to its intuitive design as well as user-friendly GI, creating one with this program is a breeze.

Let’s explain the process in some simple steps: 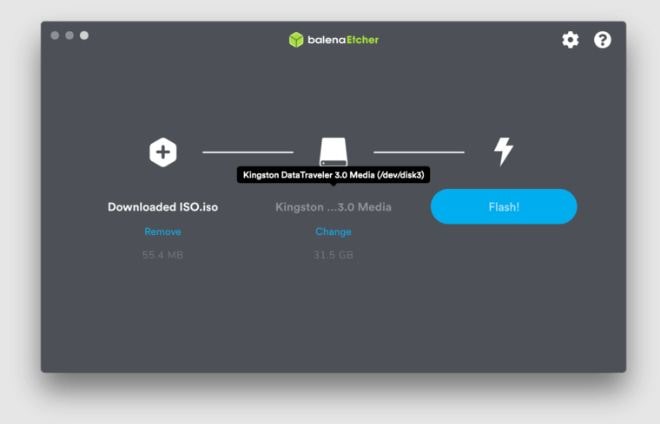 This program then runs a data validation process after it is done, to make sure that data is not corrupt or everything is good in order. This is also a good Raspberry Pi image writer and the process is as same as flashing an OS onto a USB drive, it may take some time longer all depending on the kind of SD being used.

EtcherPro – What you need to know

Do you ever wish to boot different USB drivers at the same time but never found a suitable way to do it then don’t worry as Balena.io has announced that they are developing EtcherPro, this is a standalone piece of hardware that is used to create bootable USB drives up to 16 at a time.

This is able to burn all of these at the same speed which is around 45MB/s across all ports. You shall also be able to stack different of these on top of each other, connect them together up to 10 times to reach a mind-blowing number of 160 drives being flashed at the same time. For now, we can imagine that this can be a great innovation for the future.

To be very clear it is not the only software that comes with such capabilities and is one of the younger ones but it does have its own good place, compared to Alternatives. It is seemed to be the fastest and beats even the famous Rufus on some configurations. It also beats its adversary Etcher vs. Rufus battle at is its cross-platform flexibility all thanks to it, different types of files it can work with, with a large part coming from different Linux-based file compression tools, some being .gz, .xz and .bzz files. Similarly, there is also WoeUSB which you can use to create a Windows 10 bootable image.

Now, for another level of a duel of titans, Etcher vs. Win32 Disk Imager, this one takes a clear win due to being more flexible and its multi-platform plus it updates more frequently, the only thing it lacks is the ability to make backups of SD cards but in the near future, it shall get this feature as well. Another advantage it has over all the other software makers is its sleek yet modern user interface design, yet unmatched with its grey and lime-colored design which makes it stand out among the crowd of basic windows-looking UIs.

Its support both from the developers and community is astounding _ you can find answers to all your questions like “why is my device not booting”, to very certain and detailed stuff regarding the code itself in both the FAQ section of the forum on GitHub and its user documentation; you shall see instructions for every operating system respectively. You can find instructions on how to fix a broken, half flashed drive that also exists for every kind of OS individually.

ISO Images you can use: 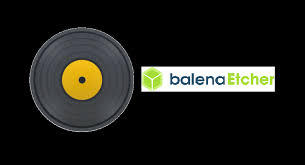 Without a second thought, there are also other tools that can also flash OS images. balenaEtcher Download is provided for Windows 10, macOS and Linux. We prefer it for various reasons from its ease of use, installation and lovely community support available online.

It works on 3 major operating systems:

It is light in weight and takes around 110 MB, compressed App Image files for Linux take between 90-100 MB.

You need to keep in your mind while it may not be stated that it is not compatible with some of the Linux distributions, its framework, Electron may not be compatible with them, thus you need to go ahead and check it out beforehand. There is a workaround as well, all thanks to the backward compatibility of X-based programs just like this one on Wayland and the solution is only a few command lines away.

We suggest you get it from third-party sites even though it is a freeware software, stick to the developer’s site for the sake of safety and security. Alternately, get the source code from the GitHub repository if you wish to tinker with the code yourself.

For Linux (All Distros):