These two are the most dominant distros out there in the market. Roughly there are 290 Linux distro variations out of which 131 are driven out from Debian and 58 directly from the code. Pretty interesting, right? Both have quite a few things in common and Ubuntu is developed based on other testing snapshot releases. Though there are some differences as well.

We have all heard very good things about both of these. However, today I have compared 14 features in this Debian vs Ubuntu comparison article. This is aimed at people asking themselves questions such as:

They have been answered below, in detail.

This brings a noticeable release between the two. Debian follows 3 releases:

The other one follows quite a strict release schedule. It provides users with a regular point release after months as well as a Long Term Support (LTS) release after 2 years. It starts making regular points of release from the testing branch of the other and supports LTS of 5 years.

Core Foundation – The Base matters

Debian is an original Linux distro that was developed back in 1993 whereas the other is a fork of it, it had its release in the year 2004. After every six months, Debian releases the testing branch and it adopts the latest packages from its unstable branch.

Due to the fact that Ubuntu uses the same packaging management system, it merges with its specific customization and adds in more rich features and patches into the release cycle when required. Whatever changes it does with its releases they push changes to the other base code.

As you can see from the above charts, Ubuntu has a 47.1% market share in web servers worldwide, according to W3Techs. When compared to CentOS which is 18.7% which is significantly lower.

READ: Learn how to correctly move a file between directories in Linux.

Both of these use the same apt software but provide in with a different set of software reputation. The former is more of a kind in which users can choose the software for free thus it does not by default include any proprietary software. Users can get the paid version but they need to enable it manually.

The latter focuses on usability and makes it include all the software from free, paid, open-source, closed source to many more. It has introduced a universal package management system which is known as Snap. This can be used across the distros and prevent more distro-based software fragmentations. Users can use this in their repos.

Both of these provide a GUI for installation purposes. The first one carries a messier installer than Ubuntu.

Debian Fact: Uses an installer based on nCurses.

Ubuntu Fact: Uses ubiquity based on parts of the Debian installer.

In this the former is more configuration but manual. These are not suitable for all the beginners out there. The latter on the other hand is quite user-friendly but does not provide many options to users. 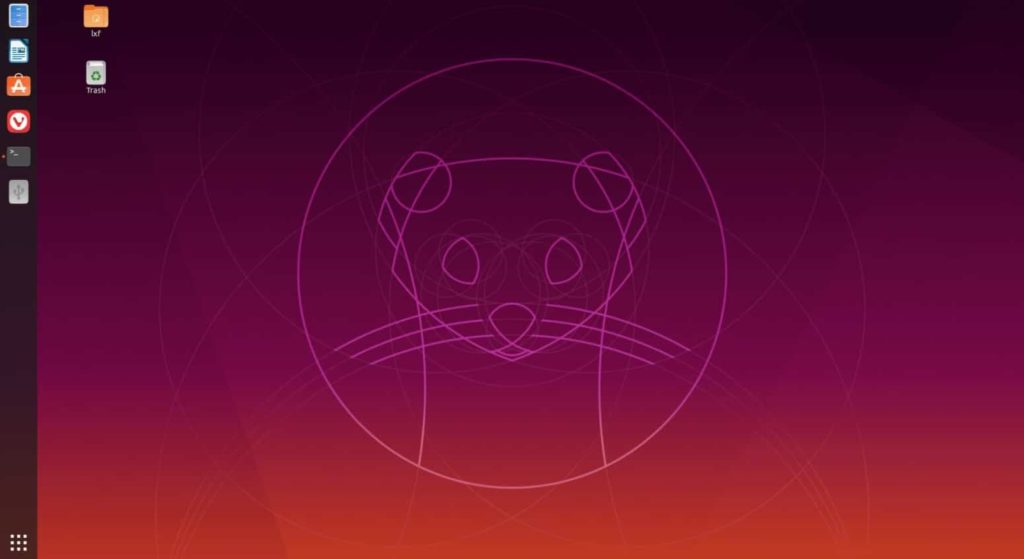 If we talk about performance then both of these are fast. Ubuntu is fast as compared to any other dominant operating system like Windows or macOS, but we know that it adds in some unique features along with additional distro-specific features into the core, which cast an effect of the overall performance as well. It acts faster, smoother, and quicker on all the latest systems out there.

The other one comes bare minimum and is not bundled or pre-packed with additional features thus it makes it superfast and light in weight.

Now you may want to know whether the reputation of the software is compatible in between the two. The answer is both yes and no. Software repositories work quite well most of the time in both systems with few changes or no changes at all. But most of the time users need to edit the deb packages for satisfying dependencies.

The other one has a package system known as PPA via Launchpad that does not work on Debian. Canonical has developed a universal package system which is known as Snap and is available for the repo.

Debian is a lightweight Linux distro, if you own an old machine then it is good that you go with it than Ubuntu. There are different choices regarding this.

The first one carries a lot of options regarding this except unity, where users are able to pick the best one whereas the other one comes with pre-packed flavors such as Gnome, KDE, Budgie, and many others. Selecting this is pre-made for all of you and works out of the box for the new users.

Ubuntu is much more suitable for beginners whereas the other is the best choice for the experts out there. The first one offers an easy-to-go just for installation, whereas the other requires some manual configuration to go with.

Help and Support when needed

This is one of the deciding and overriding factors for any open source or closed software in order to be a successful one. The open-source remains a mile ahead regarding community support.

Have you heard the news regarding acquiring of GitHub by Microsoft? Now, why do they do that to get an open-source software hub? This is nothing but just to get community support for Microsoft application and its software repo for competing with vendors such as Google Playstore, Apple’s App Store, and many others.

Coming to the core point, both of these are quite popular with active community support. Debian is ahead of the others as it is supported by a large community of volunteers. Moreover, it is more tech and technical oriented whereas the other is more focused on new users and beginners.

For a certain business or enterprise requirement; the purpose is to help users with a price tag. On the other hand, they have to rely on volunteers’ community support for Debian entirely.

READ: Learn how to record your Screen with the best Linux Screen Recorders.

Debian has its focuses on including free software whereas the other carries both free and proprietary apps. Once you have installed any operating system you might require utility software for the project, all of the time, free software cannot provide enough functions that are required by the project.

You might want to grab some paid or proprietary software. In such a situation Ubuntu wins the race as its software center carries useful free and propriety apps. You have the choice to go and get the non-free software in the other but it is not that easy.

Drivers and Firmware – GPU drivers are an issue

Debian distro does not carry any proprietary blobs so they may be a few problems with these two. By default, it lacks some essential proprietary firmware, but users can enable the repository and get it manually like other paid software.

The other one does not care that much whether it is paid, free, open-source, or even closed source therefore it includes many of these. It also lets users install and configure required drivers automatically during installation or afterward. 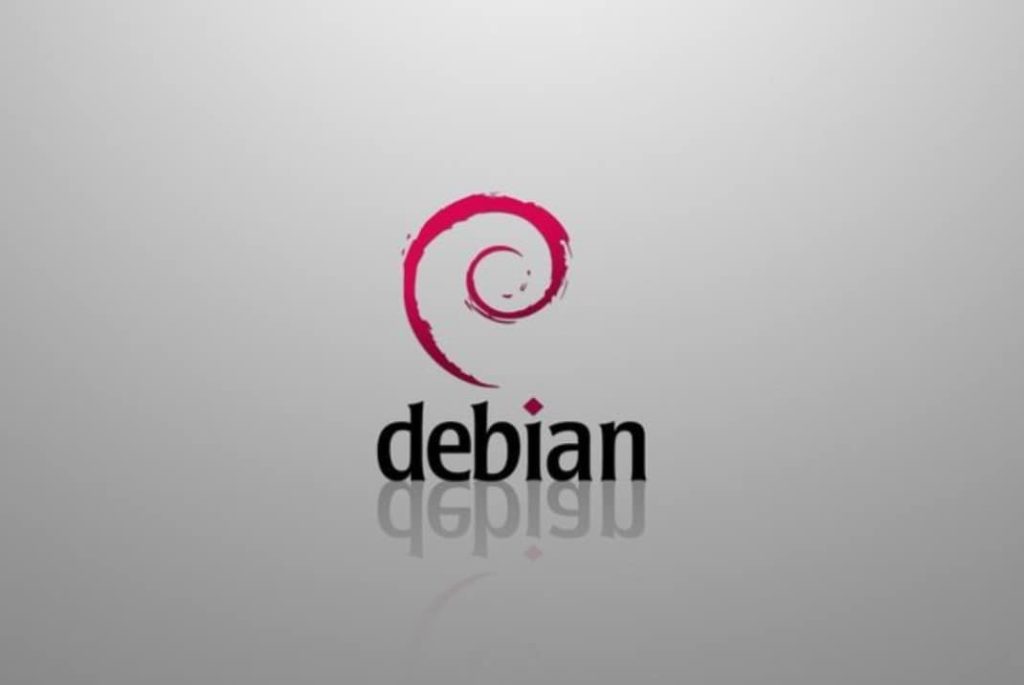 Using Linux distro on this depends on individual user requirements. In the case of this, we suggest that you use Debian if you want to use it in the enterprise environment as this is more secure and stable. Moreover, if you wish to have the latest software and use it for personal reasons then use the other.

Both of these are going neck to neck on a server. In stats, we can see Ubuntu with 37% market share whereas the other runs on 31.4% of all the public servers. Both Linux distros are able to run on the server without any sort of interruptions, applying patches or updates for months.

Both of these provide a comparable inbuilt security system as well as a vulnerability patching schedule. If we see from a security point of view then the first one follows quite a strict policy on respecting the user’s policy. It does not come pre-packed with any access control system or firewall protection. In spite, this one believes in the capability of users to stay on top of this aspect.

The other one comes pre-installed with AppArmor and Firewall enables. This one is more user-friendly for all new beginners out there as they do not need to fight too much sort out issues related to security perspective and firewall configuration.

READ: The Best Android Emulator to run Mobile Apps and Games on Linux.

Ubuntu is free and open-source and is backed up and developed by a corporate company known as Canonical. Whereas the other is a community-driven open-source Linux distribution. It comes with a primary aim to be robust, capable, and free.

I know this one has been long. I have gone over 14 different points to bring you the best Debian vs Ubuntu comparison guide. It is clear that these both are great operating systems for both server, development, and personal use. It is just a point of personal preference now. Let me know which one are you going to pick?

AlmaLinux vs Ubuntu – Which one should you choose?

How to Setup Pen Settings and Disable It In Windows 10/11...