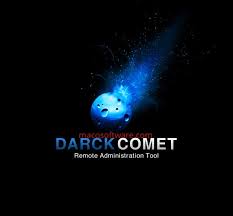 This is a RAT, developed by Jean-Pierre Lesueur known as DarkCoderSc which is an independent programmer and computer security coder from France. Though it was developed back in 2008 it began to proliferate in 2012. DarkComet-RAT Free Download was partially discontinued due to its use in the Syrian Civil War to monitor activists but mainly due to its author’s fear of being arrested for some unknown reasons. By 2018, the programs developed were ceased indefinitely plus downloads are not offered anymore on its official site.

With this user can control the system with GUI, it has other features with which users can use it as an administrative remote tool as well however, it has many features which can be maliciously used. It can also be used to spy on victims by taking screen-shots, password stealing as well as key-logging.

It was linked to the Syrian Conflict back in 2014; people in Syria started using a secure connection to bypass the government’s censorship and surveillance of the net. This caused its government to restore using it to spy on its civilians. Most people believe that this led to the arrests of many activists.

It was distributed through “booby-trapped Skype chat message” which had a message with FB icon which in reality was an executable file that was designed to install DarkComet. Once infected, the machine of the victim would try and send messages to other users having this.

Once it was linked to the Syrian Regime, He stopped making the tool.

The Arbos Network back in 2012 founded its evidence being used to target military and gamers by unknown security thefts from Africa. At the moment, they target the US mainly.

In the 2015 attack on Charlie Hebdo magazine in Paris, security thefts used the slogan #JeSuisCharlie to trick people to download this. It was disguised as a picture of a new newborn baby whose wristband read “Je Suis Charlie”, once it was downloaded, users became compromised. Thefts took advantage of the disaster to compromise systems. Within 24hrs of the attack, it was spotted. 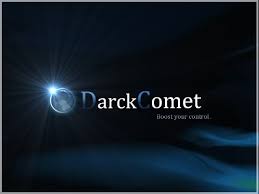 This like many other RATs uses reverse-socket architecture. Uninfected systems with GUI enabling control of infected ones are the client while infected ones which are without GUI are the servers.

When it executes, the server connects with the client and allows it to control as well as monitor the server. The client at this point can use any features which GUI carries. The socket is opened on the server and waits to get packets from the controller and executes commands when received.

The following list is not exhaustive but is the critical one that makes it a dangerous tool. Many of these are used to take over a system and allow clients complete access when granted through UAC.

This allows you to spy on various devices. It installs with a very stealth method and does not take many system resources. This keeps it hidden from security solutions or any suspicions from the user. It can read messages, check for any files, read messages from any chat apps like Messenger or WhatsApp for desktop. You can also do this for Android devices using AndroRAT App.

This transforms DarkComet into a completely different tool. It has all of the features that other utilities like Wireshark have to offer.

Once it infects the victim with the RAT you have control over 95% of the data on the desktop. It allows you to see all processes running, access command-prompt, files, and other folders.

READ ALSO: What is OctoSniff Free and how to download it?

It is a commonly known piece of malware. If someone installs any anti-virus or DarkComet remover then they are able to quickly infect their system. Target machines are from Windows XP up to Windows 10.

Some common anti-virus tags for this app are as following: 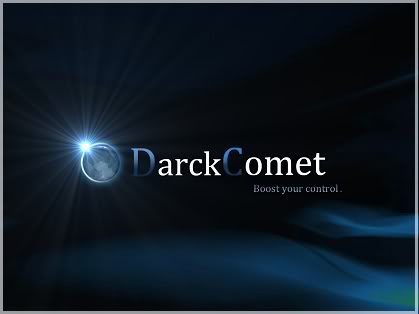 When recipients open the files only then these files install malicious software. These files include PDF documents, Microsoft Office Documents, Executable files like .exe archive files like RAR, ZIP, Javascript files, and many others.

Malware is proliferated through Trojans but it works only if it is already installed on the system, when installed, it downloads and installs unwanted programs. Untrusted download sources include third-party downloaders, unofficial web pages, peer-to-peer networks like torrent clients, eMute, freeware download pages or free file hosting, and much more.

These are used by cyber-criminals to proliferate malicious software by uploading files that are disguised as regular and harmless. Once downloaded and opened, these files begin the installation of other malware rather than update.

The fake update tools infect the systems when they download and install this other than updates, fixes, and others or when they exploit bugs of outdated programs. Unofficial cracking is also known as cracking tools that activate paid software with a single penny. In most cases, such tools are designed by cyber-criminals and used to proliferate malicious programs.

How to stay safe from DarkComet RAT

Update: We can confirm after internal testing that it is fully working on Windows 11. The stability and response of DarkComet are the same without any crashes or unexpected behavior.

This was all you needed to know for DarkComet-RAT Free Download which is a highly versatile remote administration tool. You can easily use it for gaining remote access on other desktops without making other users aware. Currently, in the wild, it is used by security researchers or ethical hackers for testing the measures in place on different organizations.

The history of DarkComet was also shared above of what happened with it over the years and why it has become so infamous. We have provided the latest version so you can have the most stable build. A question frequently asked, Is DarkComet safe to use? Yes, it is if you get it from the trusted source we shared.